Architectural columns  or pilasters can be made to your requirements.I usually use the customers supply of timber for columns or pilasters.These Columns were made in laminated Sapele from the customers supply of prepared timber.They can be made to quite significant sizes as can be seen by the pictures  shown below .These sort of columns can be turned from coopered blanks to save on timber  if required . If structural strength is required from the architectural columns the they need to be made solid unless a steel is to be hidden.The octagonal sections were left on these to allow the customer to do further machining on the architectural columns.They then had a stable datum point to work from. The first pictures shown above is in the work shop to show the scale of the columns The architectural columns shown will  have  a large proportion cut off of the back of them by the customer  to allow them to be incorporated as structural element of the Oriel bay window as below.

They can be made as replacements for older properties for porches  or for for prestigious complete  refurbishment projects such as the one shown below with the customers kind permission.As can be seen by the pictures the architectural columns/pilasters have a significant impact on the aesthetics of the Oriel windows. 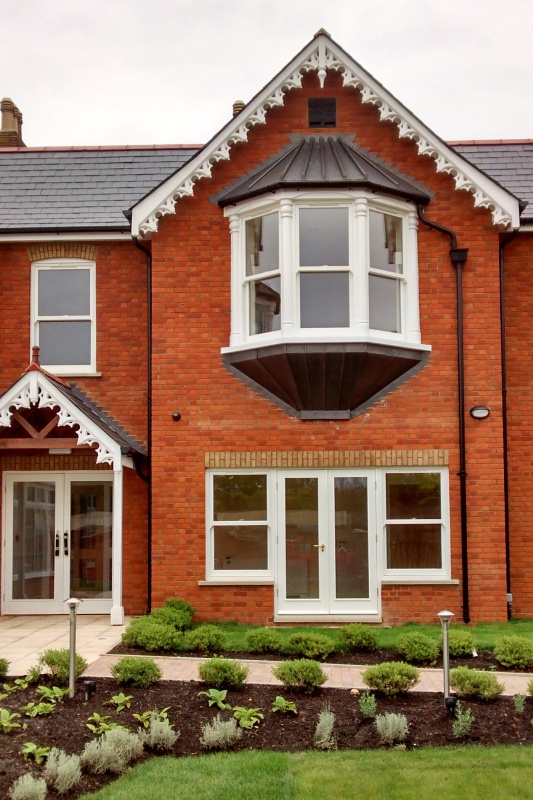 Welcome About us Contact Us Gallery Links Testimonials Sitemap